Paisatges Desitjats – Desired Landscapes in English – is an exhibition curated by Enric Puig Punyet, director of La Escocesa, creation factory and residence center in Barcelona, housed on the second floor of the Santa Mònica Arts Museum.
Coinciding with the anniversary of the death of Walter Benjamin in Portbou, eight artists residing in La Escocesa created a series of actions interpreting the concepts of frontier, landscape, and work of art. The works exhibited are the result, residue, and fragment of something that does not already exist or that has been profoundly transformed. The frontier is also visible in the hall-setting: all works are arranged in a single room, which cannot be accessed and which allows a single point of view. What presents itself is an unattainable landscape, which we can only explore with the imagination. The works on display are made by Valentina Alvarado Matos, Paula Bruna, Juan Antonio Cerezuela, Daniel de la Barra, Marla Jacarilla, Llapispanc, Antonia Rossi and Carlos Vásquez Méndez.
This is the interview with the curator of the exhibition.


Paisatges Desitjats talks about the border and its different meanings. The border is often an artificial and ideological limit that has been used for centuries to trace the limits of territories, politics, and legality. In recent years, the significance and role of immigration, colonialism, digitization, etc. has been discussed. What does the border mean in Paisatges Desitjats? Which frontier does art face today?

What we mean by “border” today is, in its broadest sense, the margin that delimits what we can consider as our own. It is a complex concept that no longer has anything to do with the perception it once had. Today, the border is inseparable from its media and media construction and occurs in two apparently contradictory senses: on the one hand, the poetic construction of reality – through literature, cinema, art, communication media (digital and analog), or travel guides – makes foreign territories places of desire and, their borders, spaces of free circulation. While for the other, the geopolitical substratum is marked by a growing tendency towards the exclusion of the other which is concretized in the anti-immigration policies, in the xenophobic attitudes and in the economic and symbolic inequalities that emerge from the respective colonial legacies. The key question in this apparent contradiction is why a territory that rejects the inclusion of the other puts its resources to generate a media discourse that makes it desirable? This question, which is not a simple answer, is the one on which Paisatges Desitjats orbits.
The frontier as a node of contradictions, inherited from the complexity of one’s genealogy, is not surprising to artistic action. On the contrary, what today is the border – and the real problems it generates, the most visible at the migratory level – develops to a large extent through the modes of representation that art inaugurated and which were then taken up by other means. Building a landscape of artistic representations that functions as a “tableau vivant”, and then enclosing it, making it inaccessible to the public, is a political action that directly signals art as guilty of the symbolic, and consequently economic, polarization between the boundaries that today they separate the world. Nevertheless, that political action is once again represented by an artistic action, which again generates a happy paradox.

The works on display are the result of a series of actions that the artists carried out in Portbou (Girona, Spain), the city where Walter Benjamin committed suicide. Eighty years after his death, what is the most important legacy that this philosopher left us? Does contemporary art still retain its aura or has it been totally lost?

What we have achieved in the exhibition, with different levels of representation (some viable and others unattainable), is in line with Benjamin’s concept of the aura of the work of art. What the viewer detects in a hereditary way as a “work”, as that unrepeatable human action that makes a body a single object, which is at the same time what the system will be tempted to transform into a speculative commodity, a source of capital concentration, is what is forbidden to the visitor on display. The auratic works, in dialogue, generate a single landscape that generates curiosity in the visitor. They are works you would like to get closer to, which are part of a space where you would like to circulate. The public, however, must resign themselves to being able to walk among the texts and videos that refer, in the second round of mediation, to that panorama of unique work that is forbidden to cross.
The desire to travel in the landscape, the impulse on which this exhibition is based, as well as the validity of art museums around the world, in which its visitors pay a ticket to circulate between rooms full of original works, or the figures exorbitant circulating in art auctions, are reliable proof that the auratic dimension has not disappeared. On the contrary, the paradigm of digital reproducibility in which we find ourselves is more conducive to generating forms of symbolic concentration around the auratic work than the previous paradigm, based on mechanical reproducibility, ever was.

The word landscape derives from the French paysage, which in turn derives from pays which means field, countryside, or rural environment. What types of landscapes are exhibited in Paisatges Desitjats? And why are they desired?

Our landscape tradition derives from romanticism and involves an aesthetic sublimation of the territory that is before our eyes. Taking a step forward and entering it, circulating in this aestheticized territory, was (and continues to be) a bourgeois privilege. It is not only on a symbolic level but also and above all on a material level: landscapes are built in private or public spaces whose circulation always implies rules to follow.
The landscape action of Paisatges Desitjats is, in this sense, a visible political gesture that raises questions about what a landscape is, how it is built, and who is authorized to circulate it.

As if it were an installation by Julia Scher, visitors can discover details and perspectives of the works thanks to a circuit of security cameras and a series of televisions positioned in the corridors of Arts Santa Mónica. Cameras that put us in contact with the interior of the space and that, at the same time, remind us of the distance we need to keep. What other functions do they have?

All in all, the surveillance cameras reach the points of view that the visitor could obtain in a traditional montage of an exhibition but which here, since the transit is blocked, are impossible. The images, however, are not clear: they are fragments, sometimes indecipherable, which generate an abstract and decontextualized image, and which generate in the visitor a greater desire to approach where he cannot walk through the forbidden landscape. In this sense, cameras function as devices for the enhancement of desire, just as the media act with respect to territories, through a speculative reversal between vigilante and guarded in which the public, despite being contained, repressed, takes advantage of your place as a spectator.

The health emergency we are experiencing is changing the world of art and culture. How has the current context the conception and realization of Paisatges Desitjats influenced? And in La Escocesa, how did you decide to deal with this situation? What actions did you take during the confinement period?

Without having foreseen it, the exhibition Paisatges Desitjats ended up in a direct dialogue with the current situation. The concept of the border – and the media construction that surrounds it – has acquired, due to the context, a new meaning: the borders between intimate spaces and public spaces, in the moment of confinement, or the borders that the new elements of security have assumed. For example, between bodies, we wear masks and gloves that prevent an unmediated relationship with the world, as a frontier would.
Just as in the Arts Santa Mònica we decided that the exhibition had to take place in a single room and not make it virtual, which is in itself a political position, in La Escocesa we made the decision, when the state of emergency in Spain was decreed, to cancel all our public activities. Being above all a center of research and artistic production, we immediately thought that our public service function would be much more useful, in a moment of emergency like the one we are experiencing, if, instead of postponing public programming or virtualizing it, we converted in a research center at the service of citizens to help solve the social and cultural problems caused by Covid-19.
Thus was born the Proyecto CO-, a project articulated in an extraordinary scholarship program, offered to the extended community of over 50 artists of La Escocesa, to articulate three working groups that have imagined ways to cope with the current situation. The first group, called CO-nsultorio, is responsible for collecting in an archive all the aids, subsidies, or credit lines offered to the cultural sector, with the aim of helping the most vulnerable economies of the local artistic community, and acting as a group weekly support.
The second group, called CO-ctelera, is envisioning ways to bring culture to the streets, with the aim of making Barcelona residents lose the fear of engaging again with cultural events. The group organizes various activities, all carried out on public tender and following strict protocols.
Finally, the third group, the CO-rpus, evaluates the current protocols – focused in particular on cultural institutions, but also thinking about other sectors – and develops complementary protocols that take into account lateral aspects forgotten by the usual protocols, such as psychological factors, of socialization or elements of inclusion of people who find it more difficult to apply the usual protocols.
These groups, advised by technical and health personnel, are currently developing a set of tools that are made available to local and national centers, as well as to the general public. This reconversion of the public service of an art center like La Escocesa brings to the table the need to rethink cultural institutions and the creativity of the agents who integrate them as useful resources for citizens, in the medium and long term, in a moment of emergency, like the current one.

We know that a public program is being created for the end of September in relation to the exhibition at the Arts Santa Mònica. Can you tell us something about it?

On the 16th, 17th, 18th, 22nd and 26th of September, we will have two workshops created by Llapispanc and Antonia Rossi, in collaboration with Roberto Contador, which will explore some derivations of their respective works in relation to the concept of border, as well as a third, taught by Audrey Lingstuyl, on post-nationalism.
A conversation with Remedios Zafra on the mediatization of the border is also planned, as well as three discussion tables: one, composed of Tania Adam, Nancy Garín and Pilar Parcerisas, on the relationship between art, border, and territory; another, composed of Blanca Garcés-Mascareñas and various representatives of associations working on migration issues, on the tension between the geopolitical border and its media construction; and finally a third, composed of three artists from the exhibition (Paula Bruna, Juan Antonio Cerezuela and Carlos Vásquez) and myself, on the gestation process of Paisatges Desitjats.
Finally, on Tuesday the 22nd and Saturday the 26th, coinciding with the last week of the exhibition, we will have artistic interventions by Daniel de la Barra and Marla Jacarilla. Their performances will begin within the exhibition space and will serve as a conclusion to this exhibition that we inaugurated in July. 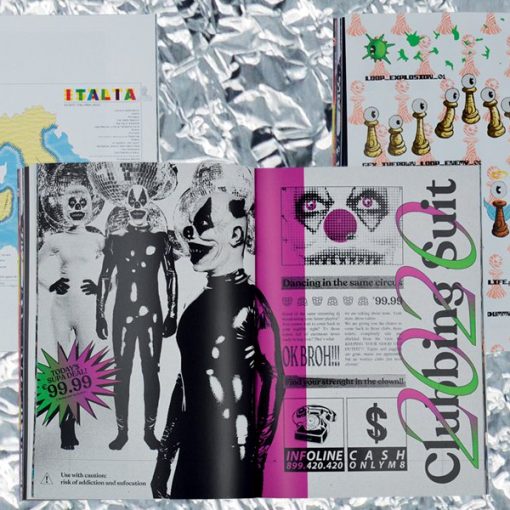 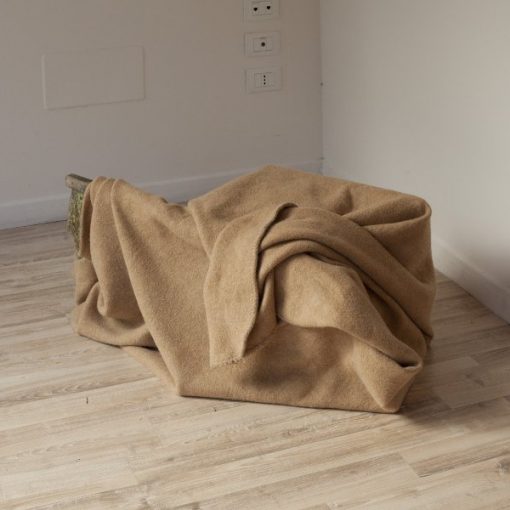 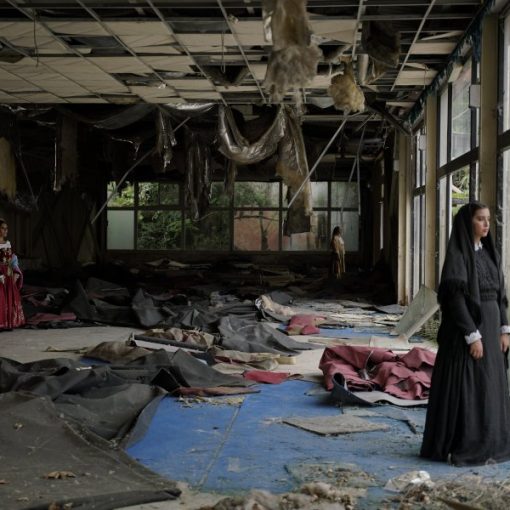 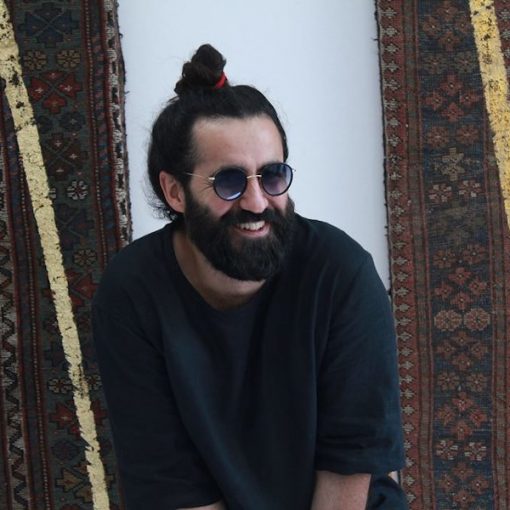