Byron Gago – born in 1994 in Ecuador and raised in Italy – is an artist who lives and works between our peninsula and Switzerland. His practice is characterized by identity research, developed through the analysis of social and cultural dynamics, and by direct observation of the relationship between nature and artifice.
Through a cordial comfort, we spoke with him about his projects, Latin America, and the rediscovery of himself through work.


I wanted to start with the latest news: you’ve been to Mexico recently, what are you working on?

During the month of February, I was in Nueva Ciudad Guerrero, where I worked on an ethnographic research. That consist in a collection of archive materials (texts, images, videos) but also material by me produced on the territory.
The history of this city is particularly interesting, the old ruins – the current Antigua Ciudad Guerrero – are in a state of neglect, despite the place is an architectural heritage. During the last century, the old city was partially flooded after the construction of a dam and people was forced to move fifty kilometers in what is now the current Nueva Ciudad Guerrero, which is always located on the banks of the Rio Grande, the river that borders with the USA.
This case is presented as a container in which different agents are stratified over time: an historical colonization, the Spanish one, and a less explicit one, the American one. Moreover, it appears like the rest of a transition linked to money flows, keeping the ambiguity of an archaeological site in a state of abandonment and a place invaded by criminal organizations. In the New Ciudad Guerrero, the model of life is more marked by the American style, this approach has brought profound changes to the economy, the urbanism, the folklore: a brutal transition to a new reality. From here the speech is opens to considerations of international policies, economic and cultural colonization. Colonization proposed as progress towards a more functional model.

While you were in Mexico, did you also collaborate with cultural spaces?

Yes, in the month of research I collaborated with two spaces: one of these is called Proyecto Timba, managed by Carlos Lara, young and with a clear vision. He was crucial for the implementation phase in my work specially to be able to get to the site. The security issues of the place are real: fear is tangible, there is no police (that was dismantled because an internal corruption), these cities have been militarized and at the same time remain under the control of narcos. There is a sort of unofficial curfew, after a certain hour the streets come empty automatically because of criminal organization (which trades in drugs and humans) that control the area.
The second space is called ERROR and is managed by Nina Fiocco and Oscar Fornacio. They welcomed me in the space, at Puebla, giving me time for a review of the material collected and for a talk open to the public where I had the opportunity to present and discuss the project with other artists and locals.

We are talking about a work in progress, what final form will it have once concluded?

This is a work in progress, but the archiving phase is over, now I’m working, even with teachers and artists, editing and writing the text as a theoretical and narrative body. I would as a result an editorial project but not only a publication. I would like to try to give it an expanded form, without hierarchical rules between theoretical and visual content as if it were a divisible atlas.
From here the extension on online content: I think could be useful material to others, I’m thinking about what format to give it also because I have photographs, video and audio, material that I would like to release from the book and that could also work within a possible exhibition.
The digital construction will probably happen before the physical form, given the current context, but also because printing a book has costs and distribution problems, all things that the internet does not have.

You have Ecuadorean origins, you have been to Mexico and you have also done a job in the Amazon. What is your relationship with South America? How does this relationship fit into your practice?

It’s a difficult relationship to define, beyond my childhood and the origins of my family, it’s a platonic and nostalgic relationship in some ways. It is a territory that I haven’t lived it for a long time, I was there until eight years and as a child, I did not realize what that place was. I discovered later, on travels, returning there. I am not an indio, I always found myself halfway between to be a local and tourist, even my work is a way to investigate this relationship. Synthéthique Amazonas – a grow box that resumes typically tropical temperature and humidity conditions favorable for the growth of mushrooms – has a purely evocative title but also has a research on the psilo culture in amazon tribes. The works thus also reflect a form of identity research, of who I am and what my roots entail. Manonegra’s project, which observes the work of oil displacement in the indigenous territories, at the beginning did not concern the oil industry but was research on my ancestral origins. Then the reality is often less colorful. The Amazon forest is transformed and industrialized into a brutal process, and for me, it was no longer necessary to research of local tribes. So I decided to change priorities and face the reality of the territory.

Your idea of those territories was perhaps more based on a western and stereotypical description, different from the actual reality of the place.

Naively yes. Speaking of Ecuador, first of all, I tried a comparison with reality, and then I found the way to observe and operate on the territory. The analysis of the situation and the datas are a necessary tool to recreate the historical context that demarcates the interests and the parties involved in the construction of this imaginary developed by propaganda. In this case, it is the same intern politic in favor of foreign businesses and policies to the loss of indigenous and local communities.

Your practice suffers from an anthropological approach to the subject matter; we have already mentioned Synthétique Amazonas and Manonegra, I would add Costa Caro. Do you recognize yourself in this mode of work?

I certainly take a lot of cues from that area but I don’t think you can call it that. I like to think of the anthropological method and work in a way that not implies criticism nor judgment overlap. I think it’s okay to understand a phenomenon before you do anything, even if it’s just a matter of respect. Speaking of Costa Caro, the situation was complex, they were guys who lived on streets and occupied places, establishing a human contact before working was the key, in my opinion, even just to honestly talk about that reality.

It seems to me that this approach born with Costa Caro has remained with you.

To talk about a territory or people I think it is necessary to live them; therefore yes, the empirical aspect is fundamental in my work, even if only to understand what I want from a job. The plans maybe change in part or completely at the moment in which I am, and I must be able to readjust and rediscover according to limits and relative problems. I believe that work must be built essentially, especially when it involves third parts, otherwise, it could be an empty shell.

One element that you don’t highlight when you talk about your work, and that I think is crucial, is the political/social aspect.

It’s a complex question. When we talk about certain issues, politics and sociality come into as a force to the work but for me, is not a priority. I have always tried to reflect situations and people in the most humane way, before political/social conjectures that do not compete with me. Indeed, the observation has been on problematic aspects there is no search for the sensational. Very often things also arise randomly and it is difficult to make an accurate prediction of the path that the work will take. Costa Caro was born from frequent visits to the streets, Manonegra was supposed to be a romantic rediscovery of territory and has become an analysis of the impact of the oil industry in Ecuador.
The political aspect is inevitable from certain points of view but it is not from there that things arise; rather from the fractures and possible dystopian scenarios that emerge from a political/social model. Anyone can interpret my work as they prefer, understanding this aspect is legitimate, but it is not with this intent that my stories begin.

The last aspect I wanted to propose to you concerns the relationship man/ nature/ culture, the theme that seems to me central in your work.

I’ve always been curious, I’ve always tried to understand things, this research has poured into art practice. It is my prerogative that accompanies me first of all in everyday life. I think it refers a lot to the a research for a sense of identity, built in an attempt to remain sensitive to different transitions and changes, also emphasizing paradoxical aspects. My work can be interpreted as a mediation between the tensions generated by an external environment concerning to an internal set, useful to develop a perspective with the imprint of personal ecology. 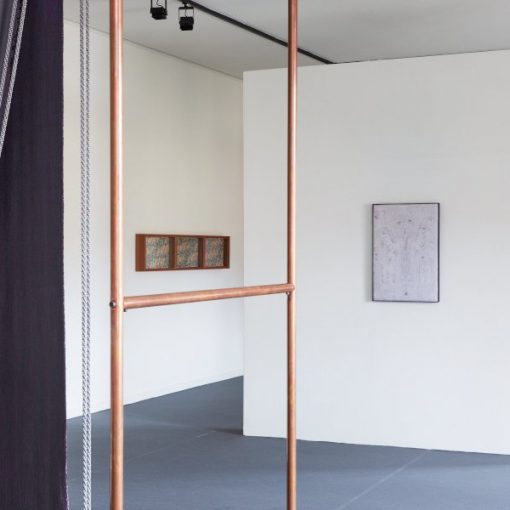 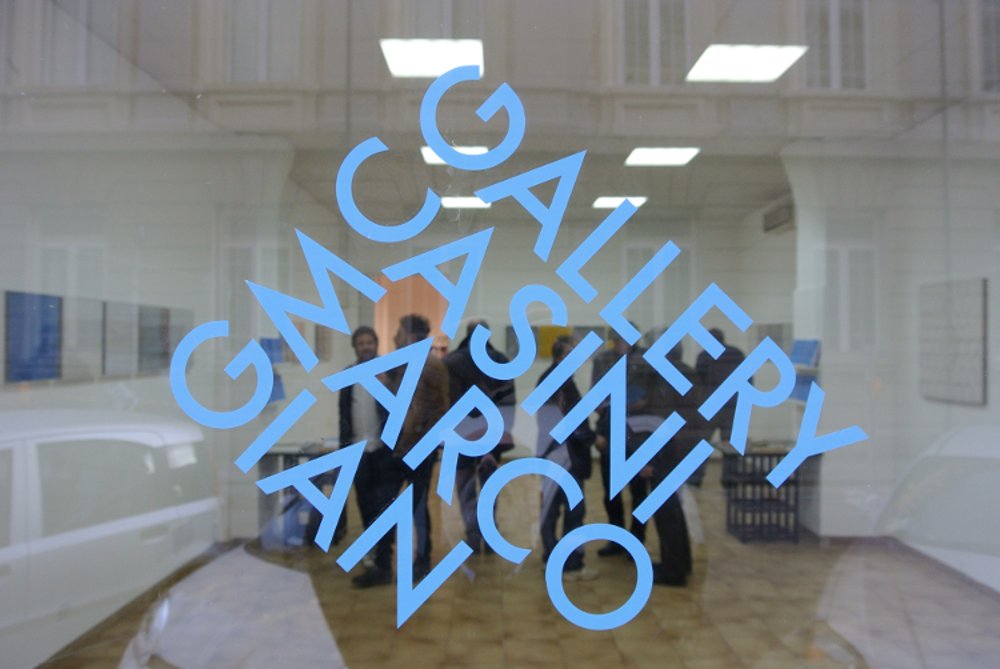 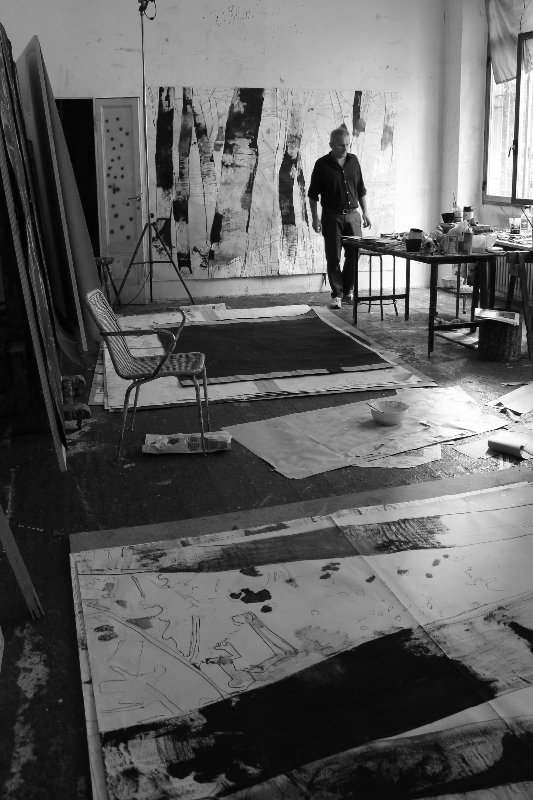 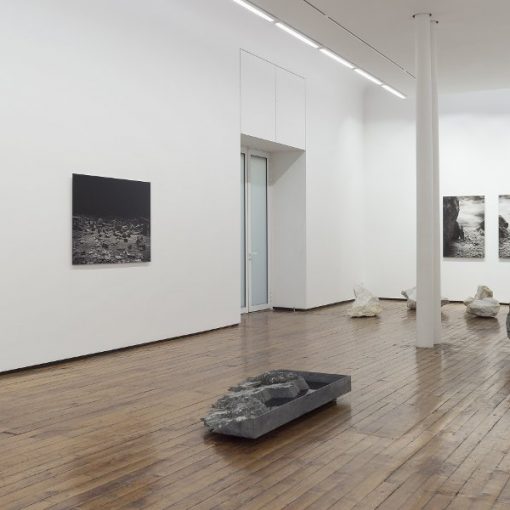