A seguire, versione in italiano.

Capriccio 2000 is a collective exhibition of young Italian artists, open until September 15 at the Fondazione Sandretto Re Rebaudengo. Developed by Hannah Zafiropoulos, Rosa Tyhurst and Jeppe Ugelvig, it is the conclusion of the educational project Young Curators Recidency Program curated by Lucrezia Calabrò Visconti.

Lucrezia Calabrò Visconti since 2018 is the curator of the Young Curators Residency Program promoted for the past thirteen years by the Sandretto Re Rebaudengo Foundation. Can you tell us how the residence is structured and what is your role? How was for you to take this plunge into the past in search of a nebulous culture, but at the same time rich of history like the gabber and Italian techno harcore scene?

The Young Curators Residency Programme is structured as a period of intensive research on the Italian context that culminates with a group exhibition in the spaces of the Fondazione. The three international curators are supported in the research and development of the project by an Italian curator who acts as a sort of tutor, a filter towards the national artistic scene and mediator between the three curators and the institution. My role is therefore to “curate” a residency not only through my perspective on the national system, but also thinking about the specific interests of the three curators. At the same time I try to provide a vision as articulated and complete as possible of the Italian art scene, through the definition of research tools that facilitate the development of the final exhibition project. One of the strengths of the research on hardcore has certainly been its historical and geographical transversality: the research topic allowed the curators to research recent Italian history without exotising it but also without flattening it on a dominant global cultural discourse. Personally, as a native of the province of Brescia (one of the Italian cradles of hardcore), it was interesting for me to consider this extremely controversial cultural phenomenon, imagining its potential for critical analysis and artistic production.

Hannah Zafiropoulos, can you tell us about the curatorial format you have chosen for Capriccio 2000 and how your approach in the staging of the artworks reflects and dialogues with the concept you have chosen.

We wanted to think about how the exhibition could be a space of embodiment rather than a representational space of archival material. From the outset we understood that this exhibition could never be a cultural history, so we wanted to take a different approach. The publication acts as a counterpoint: it gives a much more detailed history through the eyes of people who were there at the time. The exhibition instead tries to recreate a mood and atmosphere through an immersive approach. We mostly selected works which did not explicitly talk about our theme, but gestured to it in more complex ways, through colours, textures or motifs that connected to our key concepts of electronic dance music, youth culture and post-industrial landscapes. The exhibition then aimed to open that up into a spatial dimension. We wanted to undermine the ‘white cube’ and create something more tactile and evocative, so we worked a lot with light and sound. The coloured lights we used helped to create pathways through the space for the audience, and imbued the works with a sense of warmth. The amber colour derives from Andrea De Stefani’s work, where it is used as a reference to industrial areas lit up at night. We then chose to introduce pink into the room, allowing the colours to blend to suggest the first morning sun, which connects strongly with our theme. In terms of sound, we chose to play the beautifully hypnotic soundtrack to Dafne Boggeri’s video piece in stereo throughout the entire room, allowing it to wash over the other works and help create a consistent landscape. Every hour, a short, intense extract of Lorenzo Senni’s soundtrack to Michele Rizzo’s dance performance HIGHER xtn. (redux 5) plays, creating a violent juxtaposition that aims to temporarily quicken the pace of the exhibition. After all, we are talking about hardcore.

Rosa Tyhurst, what was the decision-making process for the selection of the artists? What kind of dialogue has been established between you and them in the construction of the exhibition.

Fortunately, the initial idea for Capriccio 2000 came early. This meant as we travelled around Italy on our “grand tour” we could be specific in our research and meet artists, curators, and scholars who had relevant expertise and interests. As for selecting who would participate, some artists we decided upon very early on in the process whilst others came into view later on when we had a clearer idea of the exhibition as a whole. The short time frame for the residency programme meant that we largely selected existing works for the show. However we did commission a new piece (More Friends, 2019 by Caterina De Nicola) and we invited Andrea De Stefani, Andrea Magnani and Michele Rizzo, to re-configure existing works (Dry Landscape Babylon Beach, 2018, The Divination Running Project, 2012-ongoing and HIGHER xtn. (redux #5), 2015, respectively). As such, communication with those artists was deeper than with the others but I would say that the all conversations we’ve had each artist has been super rich and stimulating.

Jeppe Ugelvig, in your catalog there are contributions from important theorists of the Italian rave and techno scene such as Valerio Mattioli, DJ Balli and Federico Chiari. Which elements of this subculture, in particular, do you consider interesting for the project and how the contribution of these theorists has helped you to research this topic?

A big part of our project was encountering and learning from non-artists and specialists in the field, some of whom are featured in the book. In trying to bridge a cultural/musical history to an exhibition on contemporary art, we found it crucial to lean on and learn from local experts. We are fascinated in the rural stories, myths, and histories of this time that are specific to Italy – the superclubs of Brescia, Rimini, the rave scenes of Rome and Milan – and thinking about them was an essential way to make the project feel relevant to a local context.

Last question for all young curators. What idea emerged of the suburbs and the Italian rave culture? What differences and similarities did you find with similar sub-cultures in your home countries? What about the Italian art scene?

JU: I think we ultimately ended up with a very complex image of Italian youth culture. Italy’s close proximity to France and Switzerland allowed for the production of a shared continental European spirit through youth media at the time; at the same time, Italy’s vastness and cultural singularity spawned highly local derivatives of “international” trends. In italy, these trends clash and interact with politics, geography, class, art – and comparing that unique dynamic with subcultures elsewhere has been super fun.

RT: I recently co-curated an exhibition in San Francisco that told the story of a group of artists active in the city around the turn of the millennium. Unlike Capriccio 2000 it was a historical show but looking at a similar time period, in the city I’ve lived in for the last three years, was particularly interesting. During this time in SF, artists retreated, they looked inwards to domestic spaces and interiors, showing their work in intimate locations to their closest confidants. Very different to the post-industrial areas in Italy we were thinking about. The music too, was different. Guitar-led and influenced by the DIY folk scene, it was relate-able in some ways (see Jeppe’s essay: Hardcore as folklore) but aurally, couldn’t be much further apart. 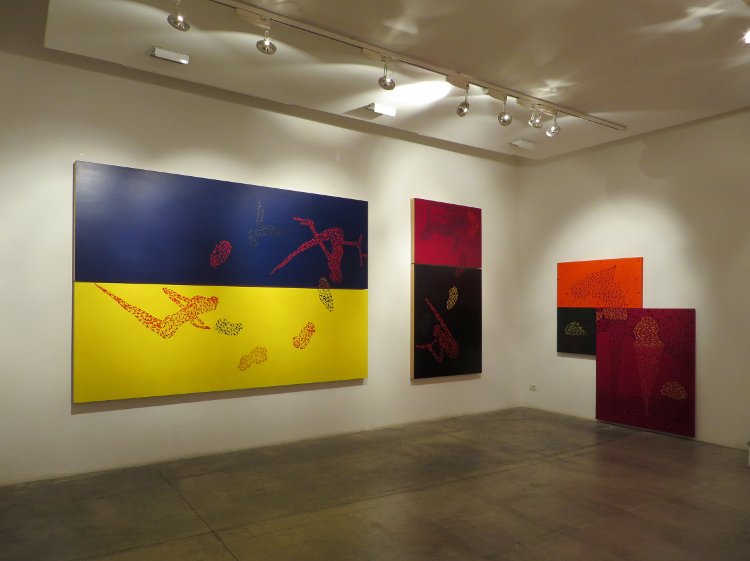 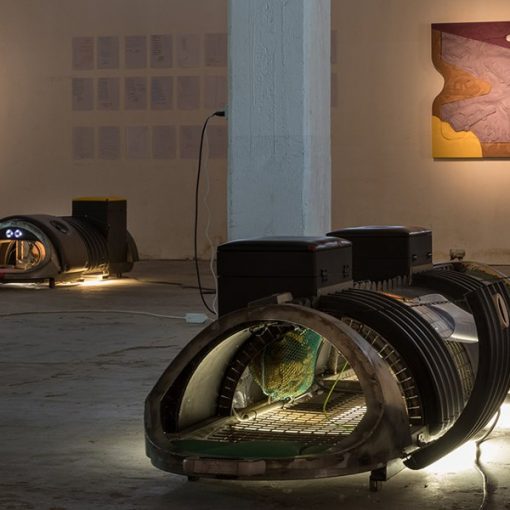 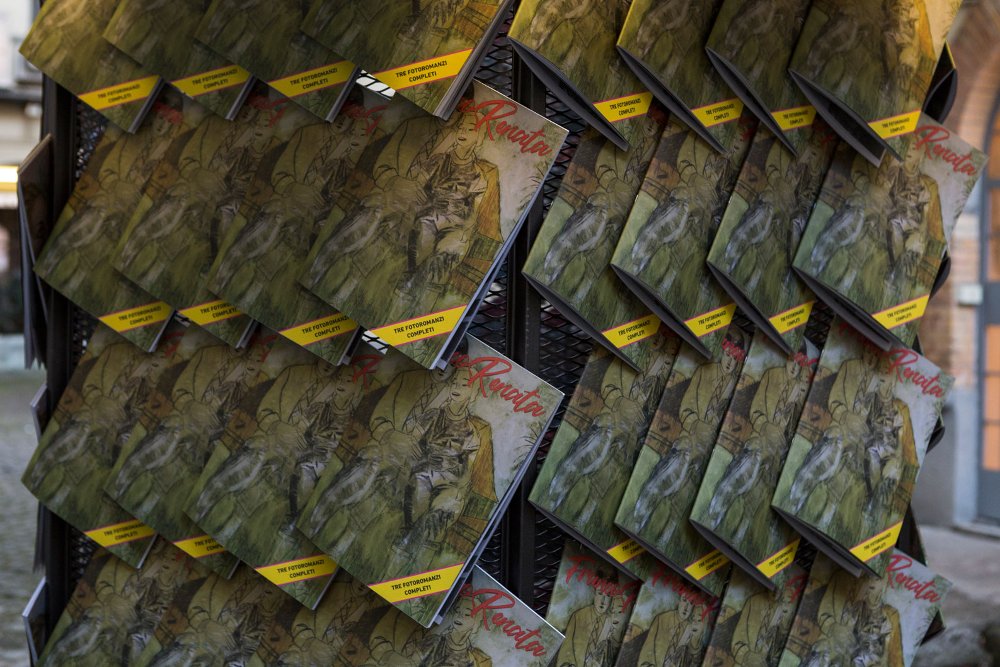